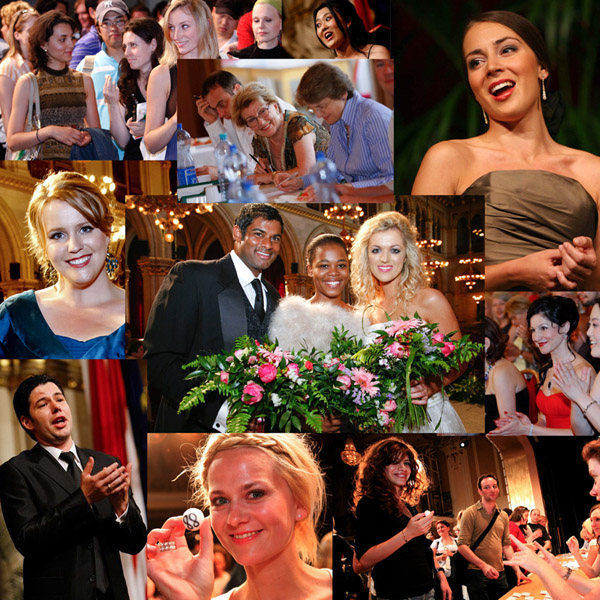 Monday, July 2, 2012
10 a.m. to 1 p.m.: Candidates will register at Wiener Kammeroper with a valid identification document and will pay the registration fee of € 140.–
4 p.m.: Official opening with welcome address followed by drawing of ballots to determine the order of appearance.

Tuesday, July 3, 2012 – Coaching sessions
Before each round, each candidate has the opportunity of rehearsing for ten minutes with an accompanist in a separate coaching room, both of which are allocated free of charge by the Competition Management. Singers are free to bring their own coaches at their own expense.

Wednesday, July 4, 2012 – 1st heat, 1st day
From 10 a.m. at Wiener Kammeroper: The candidates will choose and sing one of the three compulsory arias from their competition repertoire.

Friday, July 6, 2012 – Semi-finals, 1st day
From 10 a.m. at Wiener Kammeroper: Singers chosen for the semi-finals will sing one aria of the Competition Management´s choice from their competition repertoire. Singers will be informed about this aria on the evening of July 4 and July 5, 2012, respectively. The jury has the right to ask for an additional aria from the five in the repertoire.

Sunday, July 8, 2012 – Finals at Vienna City Hall – open to public and press (Karten - Tickets)
Candidates will sing one aria from their competition repertoire of the Competition Management’s choice. The chosen aria will be made known in the evening of July 7, 2012.